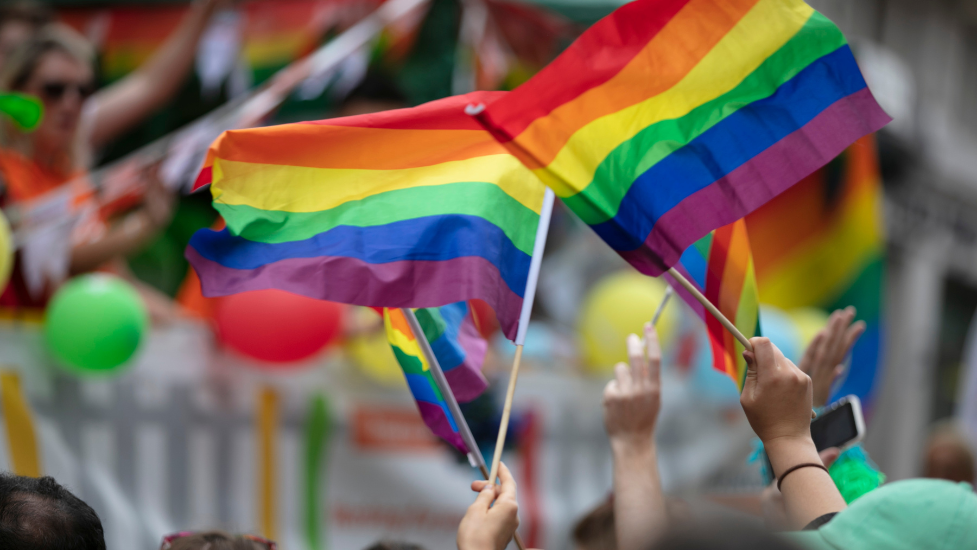 Pride at 50: Where can you celebrate this summer?

An important milestone for the LGBTQ+ community is to be celebrated next month as Friday 1st July marks a massive 50 years since the first Pride march in the UK!

This year's London event will celebrate the evolution of the LGBTQ+ community and the massive growth in participation, acceptance and equality since that first march in the capital way back in 1972.

Despite the sacrifices of so many over the last few decades and the huge strides towards equal rights that the queer community has fought for, it's still important to wave the rainbow flag and don your most extravagant outfits because equality hasn't yet been reached.

So if you can, why not take part in one of the many events taking place across the country this summer? Even if you're just an ally, check out what's on below!

The biggest and most diverse Pride event of the year is the original Pride in London. The capital's streets will be taken over on Saturday 2nd July by colour, music, art and most of all lots of gay pride! The event is sure to entertain with stages at Trafalgar Square and Leicester Square hosting some of the country's best LGBTQ+ talent, including musicians, drag stars and even theatre productions.

Other Pride events in London this summer include:

Brighton Pride is widely recognised as the UK's most popular international Pride festival, with some of the world's biggest stars performing at the city's Preston Park. Recent years has seen Britney Spears, Kylie Minogue and Dua Lipa take to the stage. This summer, Brighton Pride's We Are Fabuloso event has a variety of LGBT icons performing, such as Christina Aguilera, Paloma Faith and Bimini. The Pride celebrations will take place between 5th-7th August.

Other events taking place in the city include:

Please note: Brighton's events are not free and many require a ticket to enter.

As one of the UK's leading LGBTQ+ charities, Manchester Pride Festival has been campaigning for LGBTQ+ equal rights and opportunities for multiple decades. This year's festival will run on 26th-29th August and although some of the events are free, some do require you to have a ticket. The parade is one of the free events and will see thousands of people line the streets of Manchester with flags, colourful outfits and plenty of voice.

Other events in Manchester:

Bristol is famous for being an artsy city, so it makes for the perfect place to visit for a celebration of colour and inclusivity. The south western city's festival is comprised of two whole weeks full of events and activities, starting on 25th June and ending on 11th July, with the Pride Day penned in for 9th July. Bristol's Pride Day is one of the UK's biggest free Pride events and this year will see Canadian singer Carly Rae Jepsen headline the event. You can donate £7 to the cause and in return receive a wristband which will get you free bus travel and exclusive discounts during the day!

Other events over the two weeks of celebrations include:

There are tons more events over the two weeks. Take your pick from what's on offer!

Pride Edinburgh is Scotland's longest running celebration of diversity, and this year the event celebrates its 25th anniversary. Pride Edinburgh is to start at the Scottish Parliament Buildings on 25th June at 12:30pm, with the march to commence at 1pm. After that the stage events will start at 2pm with Ru Paul's Drag Race star Lawrence Chaney headlining. There will also be a mini-festival village which will include a community fair, trans chill space, picnic area and youth zone.

Other events in the city include:

Wherever you choose to celebrate Pride, have a great time and remember to stay colourful! 🏳️‍🌈 🏳️‍⚧️ ✊