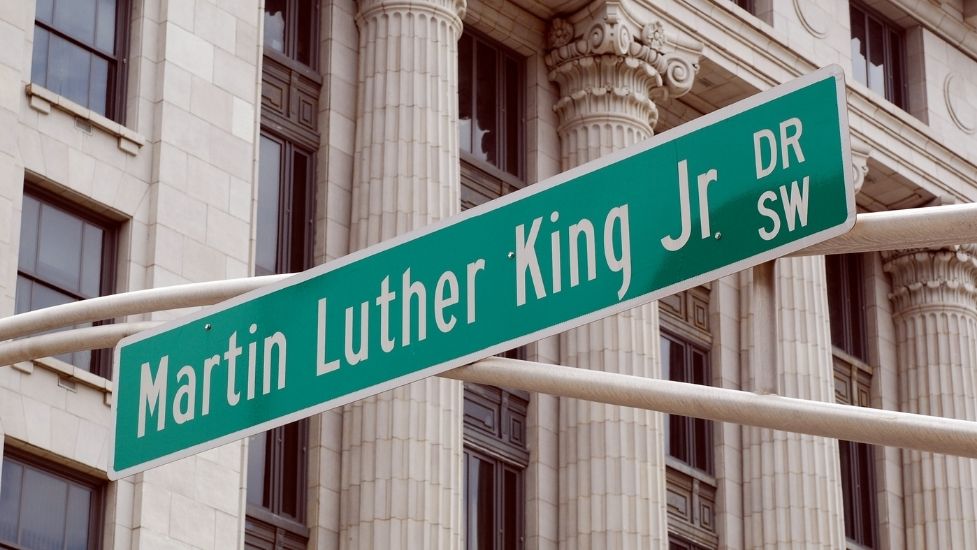 Each year, on the third Monday of January, thousands come together to celebrate the legacy ﻿of civil rights activist Martin Luther King Jr., one of the most influential figures in the fight for racial equality. ﻿

Martin Luther King Jr. day has been a federal holiday in America since 1983﻿ and is a day for﻿ people across the country to gather at parades and honour the achievements of Dr King and the activists who worked alongside him.

But Dr King's movement had a global impact and﻿ his activism inspired global change even here in the UK. ﻿

Born in Atlanta, ﻿Martin Luther King Jr. started his activism as a committee member of the Montgomery NAACP in 1955. It was around this time that Dr King became the spokesperson ﻿for the 1955 Montgomery Bus Boycott following the treatment of Claudette Colvin and Rosa Parks.

Martin Luther King Jr. continued his activism, eventually founding the Southern Christian Leadership Conference﻿ to speak out against racial inequality alongside other activists.

Within the organisation, Dr King continued to work in line with his guiding principles of love and non-violent activism, by speaking out against voting legislation, segregation, and lack of basic civil rights in the US.

Dr King's fight against racial inequality was not without adversity. During his campaign, Dr King was arrested 29 times, physically attacked, and faced a number of death threats for his work in the civil rights movement.

Amidst these challenges, the movement continued. Dr King's speeches inspired millions of people across the world, and his 1963 I Have a Dream speech brought in a crowd of around 250,000 people and a legacy that lives on to this day.

A year after this speech, the Civil Rights Act of 1964 was passed, which prohibited racial discrimination and segregation in employment, education and public facilities. This was a huge victory for campaigners across the country.

﻿﻿When Martin Luther King Jr. was just 35 years old, he received the 1964 ﻿Nobel Peace Prize for his non-violent resistance to racial segregation, becoming the youngest male recipient of the award at this time.

In 1965 the Voting Rights Act was passed, which marked another success for the civil rights movement, outlawing the discriminatory voting system in America.

Dr King was a truly inspiring figure and continued his work for justice, not just in the US, but globally. In﻿ his campaign for equality, Martin Luther King Jr. also spoke out against the US involvement in the Vietnam war.

Today people all over the world continue to be inspired by his principles, and those of the many other activists who worked alongside him.

﻿Dr King taught us to never look away in the face of injustice,﻿ and his work proves to us that change is always possible.

“The ultimate measure of a man is not where he stands in moments of comfort and convenience, but where he stands at times of challenge and controversy” - Martin Luther King Jr, “Strength to Love” 1963.

QMResLife We'll keep you updated with the latest news at Queen Mary and help you keep connected with other residents.﻿
View All Posts