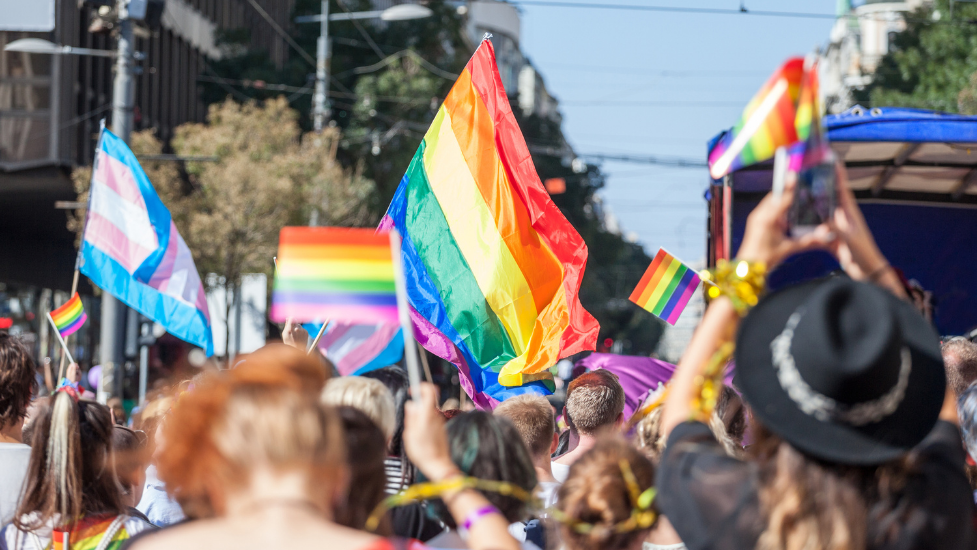 June is Pride Month, with the whole month being dedicated to celebrating everything great about the LGBTQA+ community, as well as promoting gay rights.

In recent years the spotlight has been shone on LGBTQA+ communities more and one of the reasons for this is down to becoming more celebrated and normalised in popular culture such as music, tv and the arts.

Here are just a few of the best TV shows, that you can stream right now, that incorporate LGBTQA+ characters, storylines, education and communities...

Sex Education challenges a lot of issues concerning LGBTQA+ people and brings them to the forefront in their characters and storylines. Relationships play a big part of the series with multiple taking place at the same time, including same-sex ones. The show also takes a closer look at the character's lives and in particular their sexuality, showing how some of them develop into accepting their identity and being proud of it.
Where to watch: Netflix

The brand new Channel 4 series starring Olly Alexander from boy band Years & Years is the channel's most binged new series ever, so safe to say it's been somewhat of a hit! The show relives the 80s and the story of Aids, revealing what life was like for LGBTQA+ people back in the decade, and is loosely based on writer Russel T Davies' own experiences. The programme has received rave reviews from critics, so this one is definitely worth a watch.
Where to watch: Channel 4

Ru Paul's Drag Race is a competition in which 12 drag queens fight to become the next Drag superstar. The show is hosted by Drag legend Ru Paul, and has editions across the world including Brazil, Hungary, Germany as well as the UK and US. Gay Times labelled it the the most important queer TV show in HERstory for its impact on the LGBTQA+ community and for shining a light on the lives of drag queens into mainstream pop culture.
Where to watch: BBC iPlayer (UK), Netflix (US)

Following the lives of two young girls living in New York, Broad City isn't a purely LGBTQA+, but it's still pretty queer. One of the main characters Ilana is openly bisexual, and the show highlights how sexuality is not black and white and how someone's sexual identities can change at different points of their lives. This is a common thing and by showcasing it on tv, it helps people to relate to how they feel. There are many queer moments throughout and it's a great watch!
Where to watch: Amazon Prime

Queer Eye first debuted in 2003 and was called 'Queer Eye for the Straight Guy', but changed to 'Queer Eye' after the third series. The series uses stereotypes of gay men, such as being more fashionable and stylish and in each episode the 'Fab Five' perform a makeover on a person. Queer Eye has been very popular since its launch and has been praised for its LGBTQA+ representation.
Where to watch: Netflix

Schitt's Creek is a hugely popular Canadian comedy series that first hit TV screens back in 2015. It has been praised for its healthy representation of the LGBTQA+ community thanks to the relationship between David and Patrick. The show follows the story of love between David (who is pansexual) and Patrick (who is gay) and normalises it and makes it one of the leading stories. In addition to this, the show was nominated for a GLAAD Media award for its LGBTQA+ representation, winning the award once!
Where to watch: Netflix

From the same writer as hit show 'It's a Sin', 'Queer as Folk' details the lives of three gay men living in Manchester's gay village. The programme received mixed reviews when it was first released but it's seen as a very important programme at a time in which ideas about same sex were very different to what they are now. But in this time it was difficult for young people to come out and be comfortable with who they are, so Queer as Folk was key in helping to start the trend of TV shows including LGBTQA+ among their characters and storylines.
Where to watch: Channel 4

All of these shows have done their bit to help members of the LGBTQ+ community relate and feel more comfortable in their own skin, as well as normalising their lives as something that isn't 'different'.

Give one a watch now!